ISTANBUL — Istanbul Fashion Week, abuzz with Turkey’s forefront designers and fashion icons, opened Monday with a salute to the country’s rich past.

Menswear designer Hatice Gokce kicked off the week with her runway collection inspired by the great Ottoman adventurer Evliya Celebi. 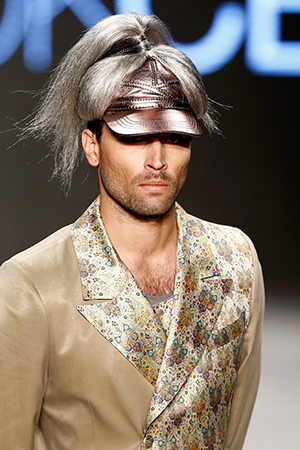 A model walks the runway at Hatice Gokce’s show during Istanbul Fashion Week on Monday in Istanbul.

Known for colorful narratives documenting his journeys through the Ottoman Empire and abroad, Celebi’s legacy made it to the catwalk Monday — more than 400 years later.

“I’m inspired by him,” Gokce told The WorldPost after her show. “The fact that he had that passion for traveling really excited me. I believe in our world, everyone is a bit of a traveler.”

With hues of silver, brown, and black, coupled with metallic and leather pieces — hints of craftsmanship from the Ottoman era — every outfit had a distinct Ottoman flair. Many of the models had full beards and wore harem pants. 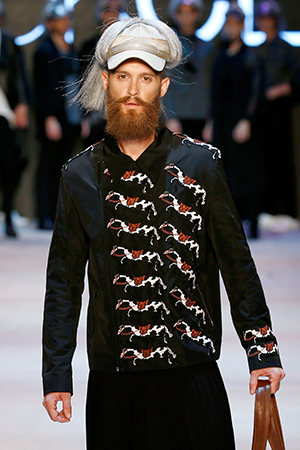 A model at Hatice Gokce’s show during Istanbul Fashion Week.

Gokce incorporated horses throughout her collection, from hats with wispy silver ponytails to horses printed on shirts and bags. And just as Celebi the traveler is often depicted with a horse, Gokce’s runway screen lit up with horses.

The designer, a leading name in men’s fashion here, said Turkey’s culture and its past are hugely important to her own work, as well as to her country’s future in fashion.

“I believe there is still lots of room to dig into history more thoroughly,” Gokce said.

While Turkey has long been a manufacturing hub for textiles, the country’s own fashion scene has been growing. Just a handful of years ago, Istanbul Fashion Week was a small event. Now, it’s an elegant affair, held at the city’s sleek contemporary art museum, Istanbul Modern, overlooking the Bosphorus. 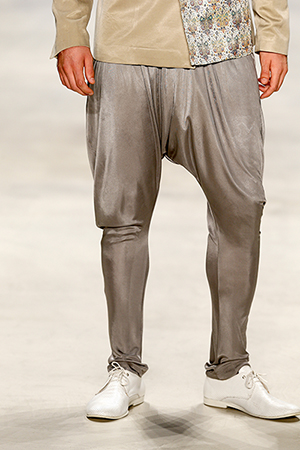 A model walks the runway at Hatice Gokce’s show during Istanbul Fashion Week.

In addition to the runway pieces, she distributed booklets detailing her leather collection, which includes items based on eight different ancient civilizations at different times in Anatolia, known as Turkey’s heartland.

Turkey’s Ministry of Economy, as well as several leather organizations, have been major backers of Gokce’s work.

“We need to create more,” she said, emphatically. “We need to make it happen. It will trigger the transformation.”