A few years ago, I was talking with Al Gore (yes, I’m name dropping). I asked him a very simple and pointed question: “Animal agriculture contributes about 18 percent of the gases that cause climate change. Why didn’t you mention this in your book or movie?” His answer was disconcertingly honest. I’m paraphrasing, but he said: “For most people, the role of animal agriculture in climate change is too inconvenient of a truth.” We like our animal products. Well, you like your animal products. I’ve been a vegan for 28 years, so to be honest, I don’t even remember what they taste like. But collectively, as a species, we seem to like animal products. A lot. To wit: Each year, the U.S. grows and kills about 10 billion livestock animals. Globally, we’re raising and slaughtering about 56 billion animals each year. If you do the math, that means we’re killing 1,776 animals for food every second of every day. That doesn’t even include fish and other seafood.

I know, that sounds like left-wing hyperbole. “It’s killing our planet!” But sometimes what sounds like hyperbole is just the clear-eyed truth. I’ll start with climate change.

The Food and Agriculture Organization of the United Nations released a conservative report wherein they stated that animal agriculture causes about 18 percent of current greenhouse gas emissions. To put this into perspective: animal agriculture is responsible for more climate change gases than every car, boat, train and airplane on the planet, combined. But we like our animals — or at least growing and eating them. So we make the trade-off: animal products for climate change.

Climate is complicated. And climate change is complicated. But the role of animal agriculture in climate change is simple. And how about famine? There are over 7,000,000,000 people on the planet, and many of them are very hungry. Article after article and book after book ask the question: “How will we feed a planet of 7 or 8 or 9 billion people?” The discussions turn to fertilizer, GMOs and arable land. But here’s a painfully simple idea: stop feeding human food to livestock. It takes around 15 pounds of grain to make one pound of beef — which can feed a couple people for a few hours. In comparison, 13 pounds of grain fed to humans directly can feed 13 people for most of the day.

Animal agriculture is responsible for more climate change gases than every car, boat, train and airplane on the planet, combined.

Globally, we don’t have a famine problem; we have a livestock problem. Feeding food to animals and then eating the animals is kind of like heating your house during the winter by burning wood outside. Speaking of winters: a few years ago, tired of cold winters in New York, I moved to California. Last year in L.A., we had around 362 beautiful days of sunshine. It was 80 degrees on Christmas, and there wasn’t a cloud in the sky. Which is great, apart from the fact that California and most of the West are now experiencing the worst drought in recorded history. As Californians, we’ve been asked to take shorter showers and use less water on our lawns. Both are good ideas. But let’s put this into perspective: a 10-minute shower uses around 30 gallons of water, whereas it takes 660 gallons to create a one-third-pound hamburger. More than 90 percent of the water in California goes to agriculture. Some agriculture is very water responsible. It takes about 216 gallons of water to make one pound of soybeans, for example. But other agriculture is egregiously water-intensive — including rice and cotton but especially animal agriculture. Each pound of chicken requires about 500 gallons of water, and pork requires about 576 gallons of water.

Personally, I’d like to make a deal with California. I’ll take much shorter showers if you stop subsidizing water use for livestock. If I just jumped in the shower and bathed quickly, I could even get it down to five gallons of water per shower. And after 132 quick showers, I would’ve used as much water as is needed to create a one-third-pound hamburger.

Personally, I’d like to make a deal with California. I’ll take much shorter showers if you stop subsidizing water use for livestock.

Our lakes and rivers are being fouled with algae blooms. Our groundwater is being polluted. And the main culprit is livestock. It’s also fouling our homes. A University of Arizona study found more residual feces and waste in the average omnivore’s kitchen than in his toilet bowl, largely due to fecal bacteria from raw meat. The animals spend their lives in their own feces and urine, and when they’re killed and packaged, they bring their feces and urine with them. Into your home. They also bring pesticides, antibiotics, growth hormones, cholesterol and saturated fat.

To that end: if we collectively stopped eating animals and animal products tomorrow, studies suggest we’d see a drop in obesity, heart disease, diabetes and some cancers. We don’t have a global health epidemic; we have a global livestock epidemic. Too much of the Western world health care budgets go to curing people of diseases caused by the consumption of animal products.

When I talk to people about animal agriculture and meat eating, people often say, “But meat is inexpensive.” And it is — but only because it’s heavily subsidized by our tax dollars. In the U.S., we spend billions of dollars in subsidies to grain farmers, whose crops feed livestock. Billions of our tax dollars subsidize an industry that hurts our environment and health.

In addition to everything else, saving the best for last, animal agriculture also brings zoonotic diseases. “Zoonotic” sounds like an erudite part of a zoo, where the animals read books and live on boats. But zoonotic diseases are not fun or fancy. Some zoonotic diseases you might be familiar with: E. coli, salmonella, SARS, Bird Flu, Ebola and even some old standards like the flu and the common cold.

Luckily, thus far, we’ve been able to treat most zoonotic diseases with antibiotics. But here’s the rub: animals on factory farms are so sick, and in such bad shape, that antibiotics are all that’s keeping them from dying before they’re slaughtered. The animals are fed obscene amounts of antibiotics while they’re alive, and these antibiotics are then found in their milk, eggs and meat.

When you’re eating an animal, you’re eating the fat and the muscle but you’re also eating all of the antibiotics the animal has been fed during its life. As a result, animal agriculture contributes to our growing human problem of antibiotic resistance. It has helped create superbugs who don’t respond to conventional antibiotics.

All we have to do is stop subsidizing it and stop buying animal products. And climate change gases are reduced by about 18 percent.

We’ve done hard things in the past. We’ve ended slavery. We’ve given everyone the right to vote. We’ve passed legislation prohibiting children from working in factories. We’re even moving towards a time when cigarette smoking will be seen as a foul distant memory.

We can do this. We have to. Our reliance on animal agriculture is literally killing us and ruining our climate and our planet.

I’ll end by quoting Albert Einstein: “Nothing will benefit human health and increase the chances for survival of life on Earth as much as the evolution to a vegetarian diet.” 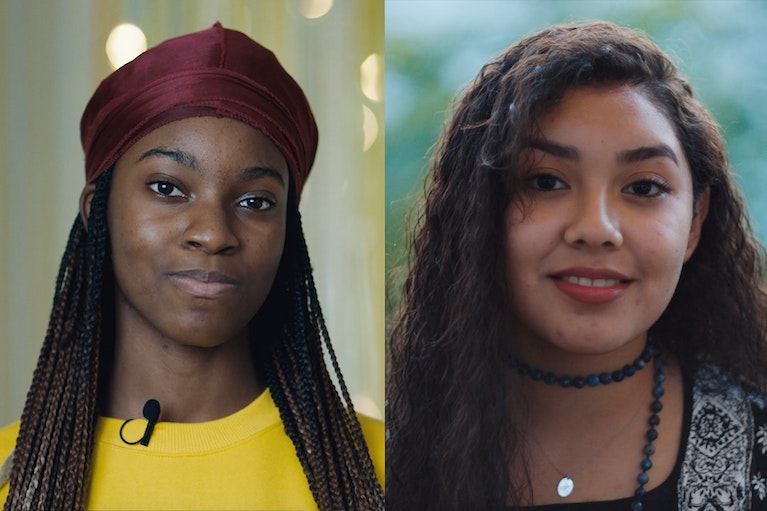