The Challenges To Democracy In The Digital Age

Democratize the “social media states” of Big Tech to take back control of the public sphere. But more democracy must be tempered by impartial meritocracy. 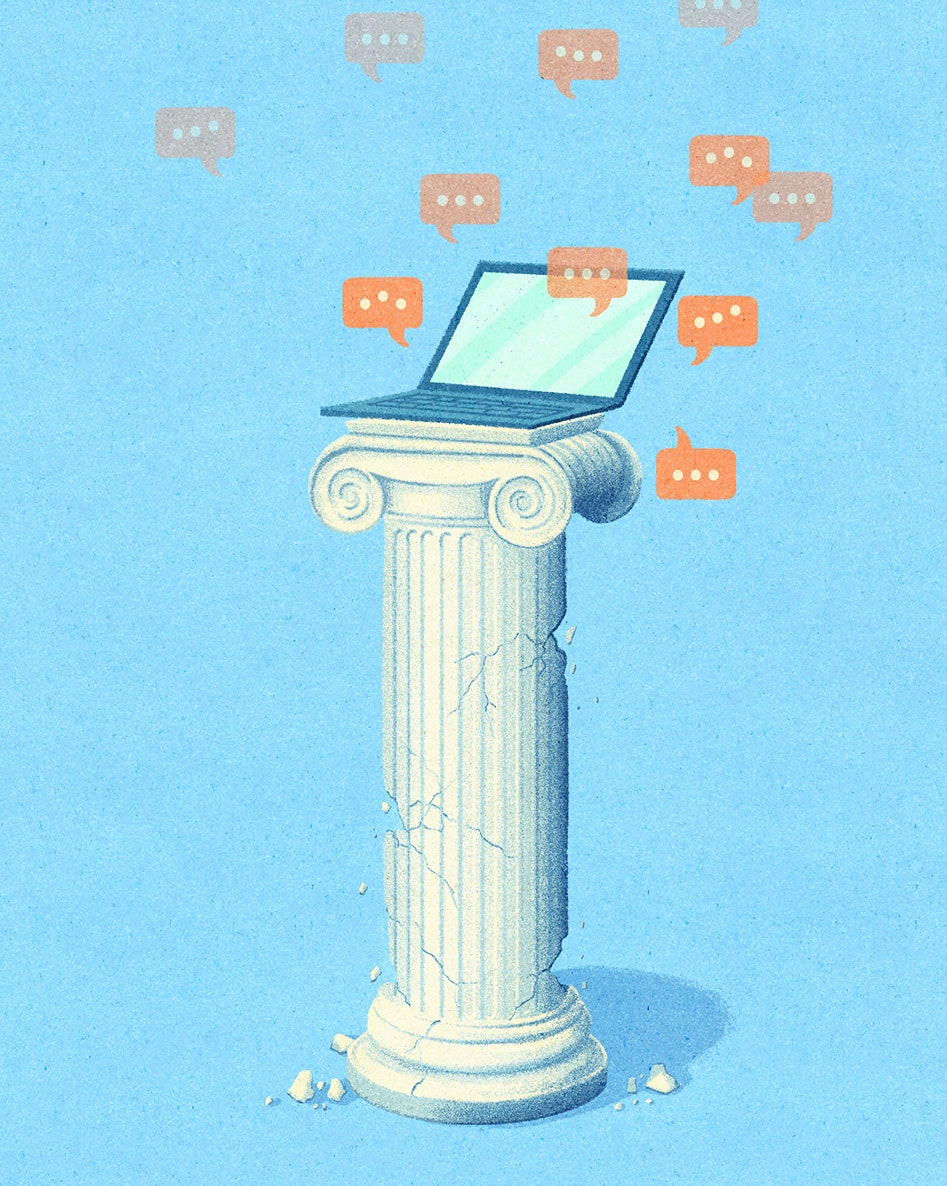 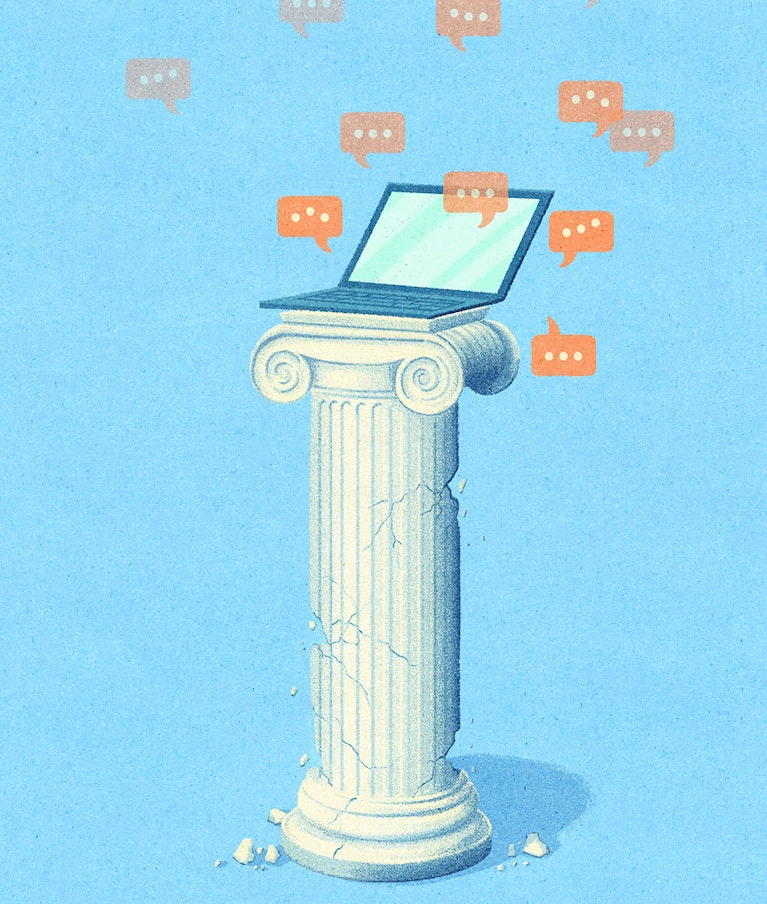 Social media, in which everyone has an unfiltered voice, is like direct democracy on steroids. Absent mediating practices of deliberation informed by experience and expertise, the pure wash of networked popular sentiment in both cases tends as often as not to produce the alternative facts and hate speech of a dumb mob instead of collective intelligence.

The mobocratic algorithms that underlay the business model of Big Tech accelerate and intensify this tendency, herding the like-minded into tribes that splinter the possibility of a common social imagination and a governing consensus.

Since social networks have drawn more active players into the political fray than ever before, never has the need been greater for the counterbalance of impartial institutions and practices that can sort out the cacophony of voices, the welter of conflicting interests and the deluge of contested information. This is the foremost challenge of democracy in the digital age.

In Noema, we examine this challenge from two related angles — taming the runaway power of Big Tech through mechanisms of democratic accountability while, at the same time, rebalancing more democracy with more meritocracy.

Brendan Mackie insightfully reframes the debate by labeling Big Tech as “social media states” akin to the “company states” of 18th-century imperialism such as the British East India Company that, like a government, dominate all in its realm.

“Social media companies don’t control territories, they don’t fly flags, they don’t collect taxes and they don’t command armies,” he writes. “But nevertheless, they, like the company-states before them, are hybrids blending aspects of the company and the state.”

He goes on: “Two interlocking powers give the major social media companies state-like authority. Firstly, they have secured an effective monopoly over civil society and the public sphere. Political action now happens online. … Secondly, this effective monopoly over the tools of collective action and the spaces of public discussion gives social media companies enormous power of surveillance and control.”

Mackie looks beyond regulation to democratization as the way for citizens to take back control of the public sphere from the social media states. “At its simplest,” he suggests by way of example, “social media could be democratized through instituting votes on controversial decisions like whether to ban Donald Trump.” Yet, not trusting such direct democracy, Mackie prefers experimenting with representative democracy. “Instead of average users voting on individual policies that might be too complicated for them to dissect, they could vote on representatives, who could represent particular regions. People’s votes could be scaled by, say, their relative level of participation in those communities.”

In his contribution to Noema, Adrian Wooldridge, political editor and “Bagehot” columnist for The Economist, worries that too much democracy without filtering constraints is undermining its own legitimacy, which he believes can best be salvaged by the interposition of depoliticized meritocracy.

He cites, for example, Britain’s highly disruptive decision to leave the European Union through a popular referendum that did not even require a supermajority. He also cites the lack of restrictions in party rules that enabled demagogues like Donald Trump to so easily seize control of the Republican Party, or Jeremy Corbyn taking the British Labour Party over the cliff to the far left.

To bring back some balance and sanity to the system, Wooldridge proposes supplementing democratic institutions and practices with meritocratic ones.

With respect to political parties, he argues that “Parties should wrest control from their members and hand it back to representatives who have to take into account broad constituencies rather than just the opinions of ideological activists.”

On the partisan policy front, he notes that when Sweden sought to reform its entitlement programs — an issue too politically fraught for elected officials to touch — it was handed over to a committee of experts who drafted the reforms for an up or down vote in parliament.

“None of this needs to threaten the basic principle of democracy,” Wooldridge concludes. “So long as everyone is clear that ultimate sovereignty continues to lie with the people, a dash of meritocracy complements and reinforces the democratic principle.” One surprising gap in Wooldridge’s case is the lack of any mention of bringing the broader civil society into governance through citizens’ assemblies. Indicative of the public as a whole, they convene in a nonpartisan space with experts steeped in the relevant subject to deliberate issues and propose policies that inform the decisions of governments, parliaments or popular referenda.

Whether the challenge is the democratization of social media states that monopolize the public sphere or taming democracies run amok through the participatory power of social networks, enhanced citizen empowerment can only be effective if equipped with the capacity to bring knowledge and expertise to bear on the issues at hand while being embedded in institutional arrangements that enable and encourage the reasoned processes of deliberation, negotiation and compromise.

If today’s democracies cannot adapt to the digital age by correcting the flaws it exposes, history will favor those states that effectively adapt governance to their own authoritarian principles. 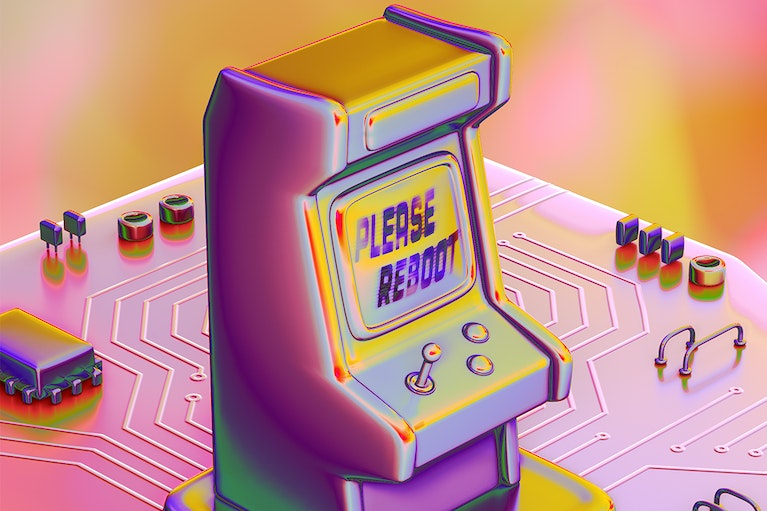 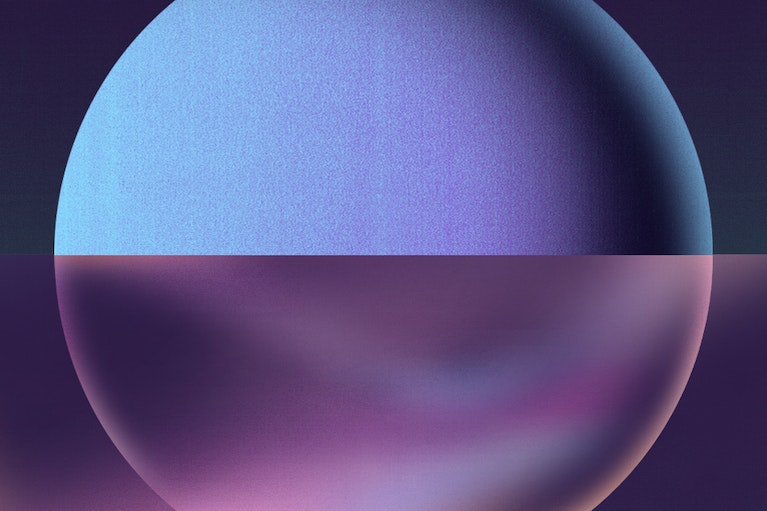