The Roller Coaster Of COVID Responses

There is a mismatch between science, governance and human behavior. 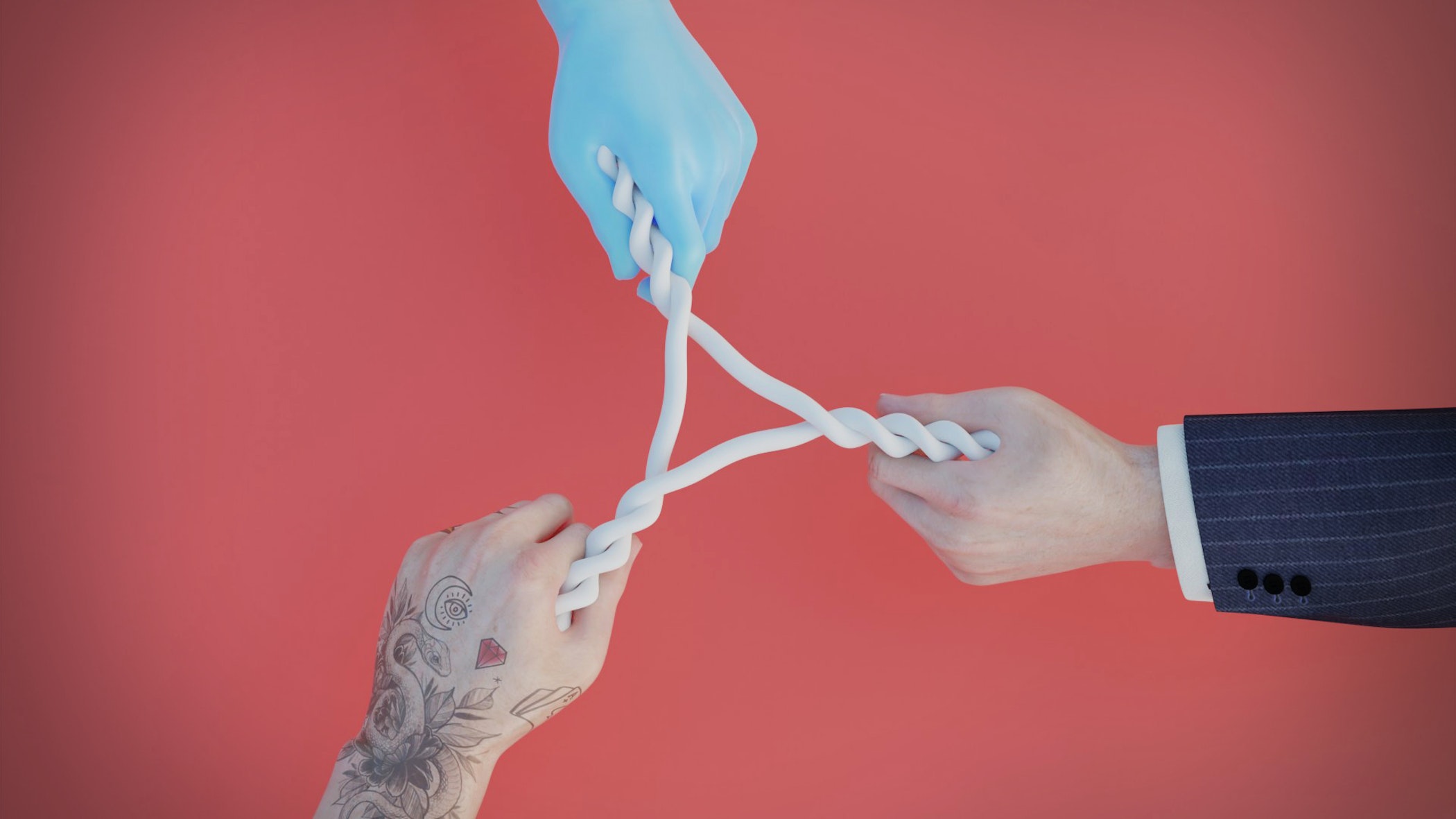 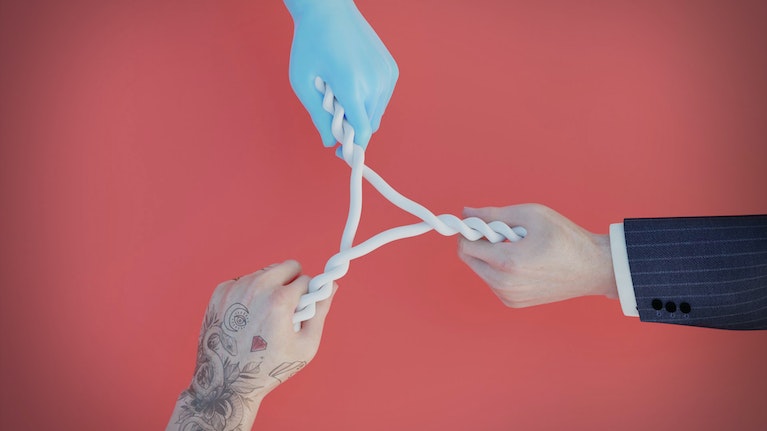 There is a mismatch between the logics of governance, science and human behavior that has resulted in the roller coaster we have all been experiencing of lockdowns and opening-ups and lockdowns again to combat the COVID-19 virus.

Science is self-critical. To be true to itself, it must evolve and mutate along with the ways of the virus it is unconcealing. Early certitudes can vanish overnight. Governance, on the other hand, attempts to be steady so as to align the expectations and conduct of millions of people at once through consistent public health policies.

When governance has to change course as the scientific understanding of the virus unfolds, the confidence its subjects have in the wisdom of its guidance erodes. Human behavior, already restlessly undisciplined, most of all in the West, then takes all advice with a grain of salt and bends toward breaking out of constraints that can change from week to week.

Thus the widespread penetration of the recent COVID surge is upon us, lacking in most places even the tempered resolve to contain it earlier. Reports of the rapidly rising number of hospitalizations and deaths read like old news. Sensible admonitions of caution that once alarmed now seem like annoying harangues.

Even the Nordic nations, probably the best-governed societies in the world, are stumbling over this conundrum.

Writing in Noema, Fabrizio Tassinari ponders why Denmark and Sweden, so similar in so many ways, have taken widely divergent paths to stemming the pandemic.

He cites Danish Prime Minister Mette Frederiksen’s justification for stringent measures of surveillance, contact tracing and quarantine in the face of uncertainty: “If we have to wait for evidence-based knowledge in relation to the coronavirus, we will quite simply come too late.”

By contrast, Sweden’s compass from the outset has been the distant promise of “herd immunity.” Strictures have been lax, allowing bars, gyms, shops and restaurants to stay open while relying on their much-admired universal healthcare system to cope with any COVID casualties.

Tassinari reports the results so far of this departure among the otherwise like-minded: “With nearly 600 COVID-19 deaths per million inhabitants (as of early October 2020), Sweden’s toll has been five times higher than Denmark and about 10 times higher than Norway or Finland. At the same time, in terms of preventing economic disruption, the results have been slightly worse in Sweden than in Denmark (Sweden’s economy contracted by 8.6% and Denmark’s by 7.4% in the second quarter of 2020) and worse than in either Norway or Finland. Declines in consumer spending have also been similar in Sweden and Denmark (25% and 29% respectively).” Sweden’s predicament has grown worse since October, and it is now hewing toward stricter measures.

Even so, Anders Tegnell, the epidemiologist behind Sweden’s approach, continues to insist that it is not over until the Fat Lady sings the tune of immunity. “In the end,” he says, “we will see how much difference it will make to have a strategy that’s more sustainable, that you can keep in place for a long time, instead of the strategy that means that you lock down, open up and lock down over and over again.”

Tassinari offers this insight as we await the long-run outcome:

“This tale of these two Nordic approaches to COVID-19 shows how similar countries can make dramatically different choices about how to balance the tradeoff between liberty and security. In a paradoxical way, however, the radically different approaches taken by the Swedish and Danish governments reflect a deeper underlying similarity: These are countries whose populations are among the most trusting in the world. They display an unusual confidence in the state and its institutions. Social cohesion and trust run so deep that the Swedish and Danish governments might well have swapped their very different COVID strategies and still retained public support.”

Whatever the gap between Denmark and Sweden, it is still less than between the Nordic nations and most of the rest of the West, leading Tassinari to point out the cause of that difference among democratic nations under stress:

“Operational capacity and social trust are crucial assets when addressing the complex challenges of our time. … The Nordics remind us that, while the ‘deep state’ may be reviled in some places for its elitist pursuit of control without popular legitimacy, experts and civil servants with the confidence of the people are essential to ensure continuity to policymaking and to carry out bipartisan policies in a spirit of transparency and accountability. At the same time, in a pandemic, the end results of high-trust and well-governed countries are so divergent and controversial that it is warranted to speculate about the limits of technocracy in delivering effective policy outcomes. … In their attempt to cater to our pursuit of liberty and need for security, even some highly revered governments such as the Nordics have overreached and pushed their policy responses to idiosyncratic excesses.”

As Tassinari puts it, “the COVID-19 pandemic has both revealed what makes the Nordic model tick and, at the same time, has laid bare its darker side.” In other words, the shared Nordic culture of consensus with a disposition toward compromise and an appreciation of orderliness amounts to the kind of social conformism seen mostly outside the West.

It is this darker side, however, that has enabled East Asian nations from soft-authoritarian Singapore to China’s one-party state to Taiwan’s robust democracy and even Japan to have managed to get COVID largely under control. Evidently, where foundational cultures impart a relational sense of collective responsibility that rolls with uncertainty, there seem few doubts about excessive obedience and trust in governance, despite policy twists and turns. It is those doubts, and the reticence that flows from it, that have left much of the rest of world mired in a stew of confusion and contagion.

The relatively short-term challenge of the current pandemic can be seen as a test run for the longer-range threat of climate change that will require a whole-Earth discipline to escape. One can only wonder if even the best-governed democracies in the West, no less the rest, are up to the challenge of finding the appropriate balance between trusting in competent, if flexible, governance that evolves along with science while at the same time accommodating the freedom of open societies that instinctively resists marching in lockstep.

Also in Noema this week, Bina Shah writes about how Pakistan is experiencing the COVID pandemic. “If you’ve grown up in a developing nation,” she writes, “you’re well-prepared for dystopia.” 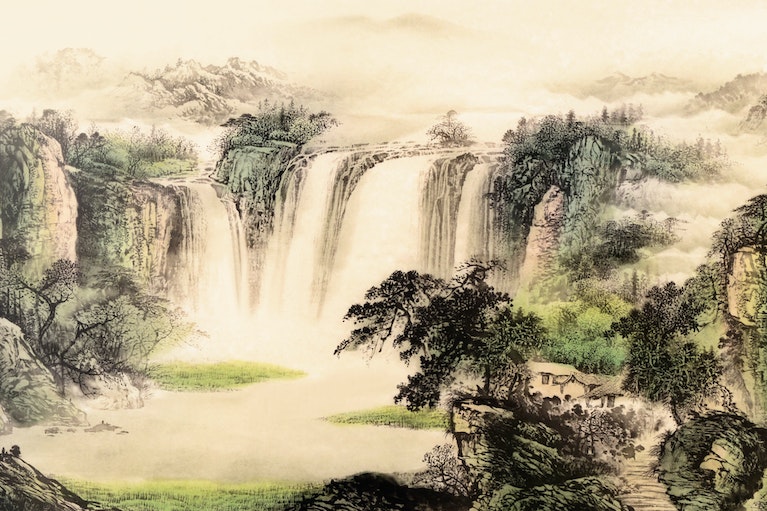