This week, the world reeled from a welter of cross currents. Though the “yes” vote on independence lost in the end, the Scottish referendum revealed a passionately dis-United Kingdom. Elsewhere, Chinese President Xi Jinping arrived in India, the other Asian giant, calling for a global economic alliance of the “world’s factory and world’s back office.” On Wall Street, China’s Alibaba launched what is expected to be the biggest market valuation of an IPO ever. Pope Francis, meanwhile, mused that we had already entered “a piecemeal WWIII.”

In an exclusive commentary for The WorldPost, former U.K. Prime Minister Gordon Brown argues that the real quarrel of his fellow Scots is with the dislocations of globalization, not the Union.

Thanks to his last minute stem-winder in Glasgow against independence, Brown, who successfully steered the world away from financial calamity as the G-20 chair in 2009, is now also hailed as the man who saved the United Kingdom.

In our regular feature, “Following Francis,” Sebastien Maillard files an inspiring report from Rome on the humble daily routine of the pope.

In an interview, David Nabarro, the U.N. point man on the Ebola crisis, links the rapid spread of the virus to ill-prepared health systems in countries just emerging from civil strife. Jan Egeland of the Norwegian Refugee Council calls for “rethinking emergency aid” with more emphasis on development as the global refugee crisis reaches proportions not seen since WWII. Young-mok Kim, who heads Korea’s International Cooperation Agency, argues that raising “the bottom 40 percent” is the key to inclusive development.

WorldPost Senior Editor Kathleen Miles reports on the view of Iran’s Foreign Minister Mohammad Javad Zarif, who says that the U.S. is repeating the same mistake in its fight against ISIS as it did by invading Iraq: “Foreign presence in any territory creates a dynamic for demagogues like ISIS to use the resentment in the population of being occupied.” In an interview with Mehdi Hasan, the FBI agent who tracked down Osama bin Laden warns that the Islamic State group is trying to “suck the West into a new war.”

In this week’s “Forgotten Fact“ series, the WorldPost looks at the Islamic State and social media, revealing that “not everyone tweeting ISIS threats is actually representing the group.”

Writing from Beirut, former MI6 agent Alastair Crooke challenges President Obama’s assertion that ISIS is “not Islamic.” WorldPost Middle East Correspondent Sophia Jones reports from Istanbul that Bulgaria is breaking international law by turning back Syrian refugees. She also chronicles the travails of one homeless Syrian family stuck at a border bus stop between Syria and Turkey. French philosopher Bernard-Henri Levy sounds the alarm over the enveloping chill of anti-Semitism in France.

In a riposte to the argument that NATO expansion provoked Russia into a conflict over Ukraine, Maria Snegovaya writes from Moscow that Vladimir Putin’s real fear is the subversive effect of Kiev’s closer links to the European Union on his Eurasian vision. Writing from Beijing, Zheng Yu sees a clear distinction in U.S. interests and global policy that will lead it to contain Russia but cooperate with China.

As the U.N. Climate Summit approaches, we post the second in a series of videos narrated by actor Leo DiCaprio, now a U.N. Messenger of Peace, on the urgency of keeping carbon resources in the ground.

Finally, Arthur Miller writes about how cutting-edge science is redefining contemporary art in an essay accompanied by stunning photos — including one of a green iridescent rabbit. 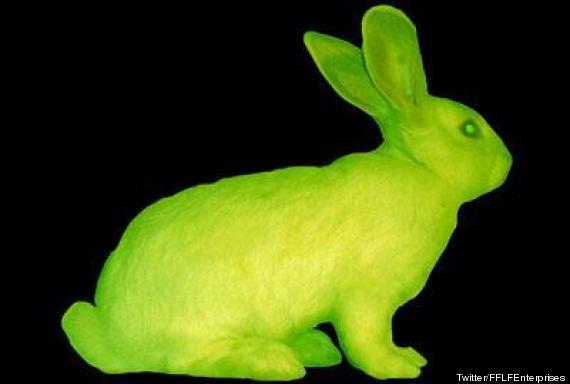