When History Challenges The Founding Story

If the myths unravel, so does the society. 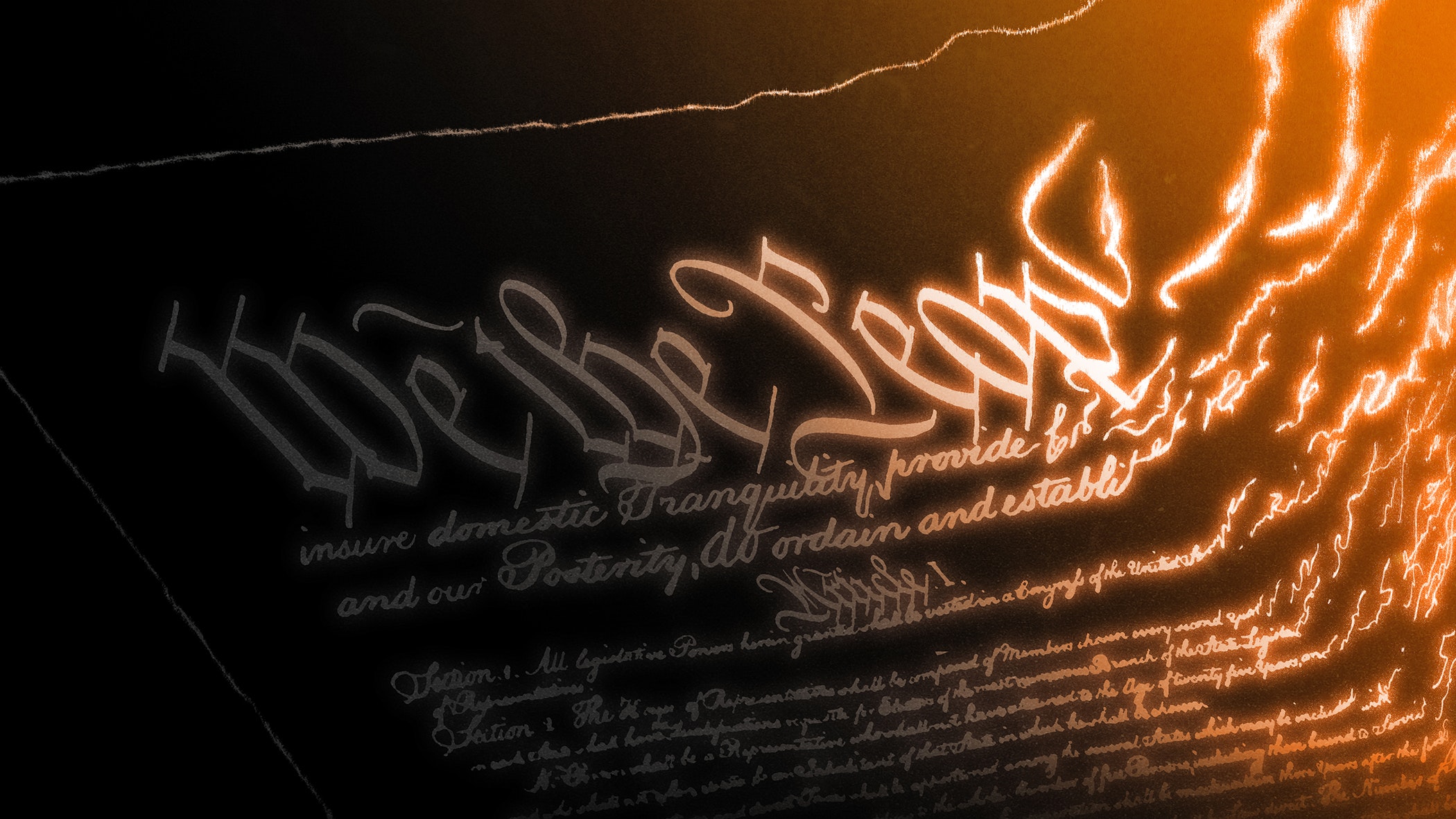 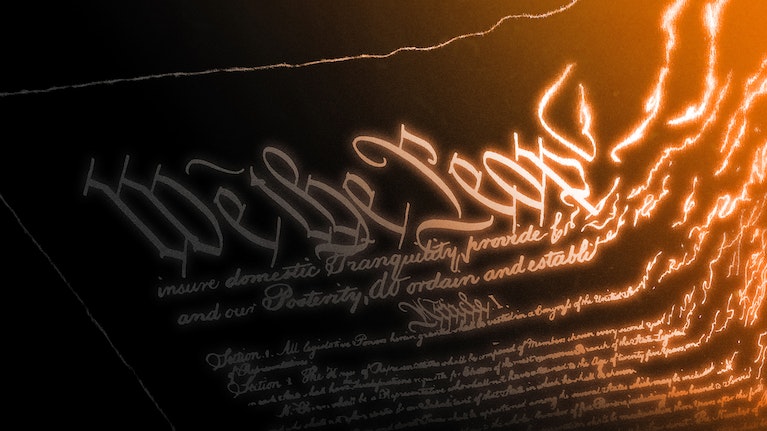 “The myth makes the people, not the people the myth,” French philosopher Régis Debray has written. Similarly, Yuval Noah Harari has argued that it is the “primacy of fiction” — whether tribal, religious or ideological — that uniquely enables us sapiens to purposefully cooperate in collective endeavors and build civilizations.

Without a common story invested with belief by large populations, societies can’t hang together and thrive, no less survive. When the story unravels, so then does the society.

Those are the stakes in the passionate battles across both East and West today to spin reality either to protect or dispel founding myths.

Whether it is Chinese President Xi Jinping brushing Communist Party fallibility from the story of modern China or critical race theorists declaring slavery, not the construction of an enduring constitutional republic, as the defining truth of America’s founding, the issue is the same. Whoever controls the story of the past will shape the future, as Nils Gilman has pointed out before in Noema.

In this war for hearts and minds, there must remain enough truth content in the fictions around which we organize our lives to sustain allegiance, or a new master narrative that binds must be invented.

Much has been made of Xi’s recent “resolution” on the centenary of China’s Communist Party that resurrects the cult of Mao while burying any mention of his disastrous Great Leap Forward or the Cultural Revolution. The strictly positive narrative line Xi posits is that, thanks to Mao, the nation stood up after imperial domination; Deng Xiaoping made it rich and, in the stead of these glorious advances, Xi has now made China strong. In other words, the sacred trinity as manifestations of the Holy Party.

To the long-term observer, this line is a marked shift from recent decades in which Party leaders admitted fallibility even as they remained loyal to the institution. Deng himself famously remarked that “Mao was 70% right, 30% bad.” In a discussion in Beijing with Hu Qili back in 1987, the Politburo’s top ideologist at the time told me that “the first seven years and the last seven years” of Party rule were a “good job,” while the intervening years were a “twisted road” that nearly destroyed China. As late as 2015, now-purged internet czar Lu Wei talked openly in one conversation about balancing “freedom” and “order” in managing online expression, noting that corrective public feedback was critical in a system without elections.

Xi has clearly squashed all such talk, deciding that order must prevail over even the marginal freedom of official memory that was maintained until just recently. Some argue this shift only reveals a mounting insecurity about waning public faith in the Party, though there seems far less evidence of that now than in the days of the Tiananmen protests in 1989.

Xi’s moves would seem to mostly reflect his longer-term concerns. He is haunted by how the Soviet Union fell apart when Mikhail Gorbachev let go of its founding myths. I remember well those days in the late 1980s as a correspondent in Moscow when the reformist ideology chief of the Soviet Communist Party, Aleksandr Yakovlev, publicly charged that not only was Stalin a criminal, but so too was Lenin. For Xi and his comrades, that was the death knell of the system. The message for the home front: If the Party is to continue leading China into the future, the father of it all must remain an unassailable, mythical figure or an unraveling of its founding legitimacy that can’t be stopped will be unleashed.

Xi is banking on the public’s vested belief in an essential, if not whole, truth. Despite the “twisted road” along the way, under the Party’s tenure China has escaped colonial domination, regained its national dignity and become a largely prosperous society once again taking its place as a civilizational presence on the world stage. Xi’s basic message is that “having brought the Chinese people this far, the people can entrust their future to it.”

The risk for Xi is that his rigidly censorious efforts are precisely what could send China’s system down the Soviet path if reality strays too far from the mythology. The U.S.S.R. didn’t collapse mainly because the pedestal was kicked out from under Lenin but because, in the end, the Soviet emperor had no clothes. It simply didn’t produce the promised goods for its people. The fiction didn’t match the lived reality.

The Challenge For Open Societies

An open society faces a different risk. If the freedom to expose historical wrongs ends up delegitimizing the common American story of the enlightened founding of a constitutional republic by deconstructing it into the mere bad faith of slaveholders, then the very conditions for addressing and correcting the legacy of those wrongs will dissipate.

To be sure, systemic racism, fortified by class, still rears its ugly head. But it would be pure folly to dismiss the historic project of the Founding Fathers who declared independence and drew on the best lessons from Greek democracy and the Roman Republic (also slave states) in their aspiration to forge a system of governance that, however imperfect, would ultimately serve to preserve liberty and protect the rights of every citizen.

Despite personal failings of the authors, the institutional frame of popular sovereignty tempered by checks and balances and separation of powers is one of the epochal contributions to the self-government of free people.

However twisted the road toward perfecting the union has been, there is enough truth content that remains in the founding American story to sustain it. Abraham Lincoln interpreted the “self-evident truths” cited in the Declaration of Independence as the basis for his Emancipation Proclamation. It was the appeal to that promise upon which Martin Luther King Jr. led the charge for civil rights, that stands behind the women’s rights movement, Cesar Chavez’s unionization of Latino farmworkers, the path of Barack Obama to the presidency and the still-unfinished struggle that animates the Black Lives Matter movement.

The present divisive discourse over school curriculums touches heavily on this very issue. While there ought to be plenty of room to fill out the true picture by adding the missing race dimension to what had become a caricatured narrative, nothing should be subtracted that would eclipse its original significance. Critical race theory should always be complemented by, let’s call it, “critical constitution theory.” If America is to get on and get along, its founding mythology must still stand as the core of its common story, tarnished as it may be.

Toying with founding myths is a dangerous venture for any society that wants to hold together. What has been painstakingly built can fall apart all too easily.

The danger of censoring historical facts for closed societies is that they may end up with no one believing the official narrative because so much of reality has been left out that the fiction is as hollow as a Potemkin village. For open societies, the danger is that reducing founding narratives into nothing other than hypocritical lies will result in no one believing in anything. In either case, this is when the unraveling begins.