Even as the academic discipline of history is in crisis, public concern about historical memory has reached a fever pitch. 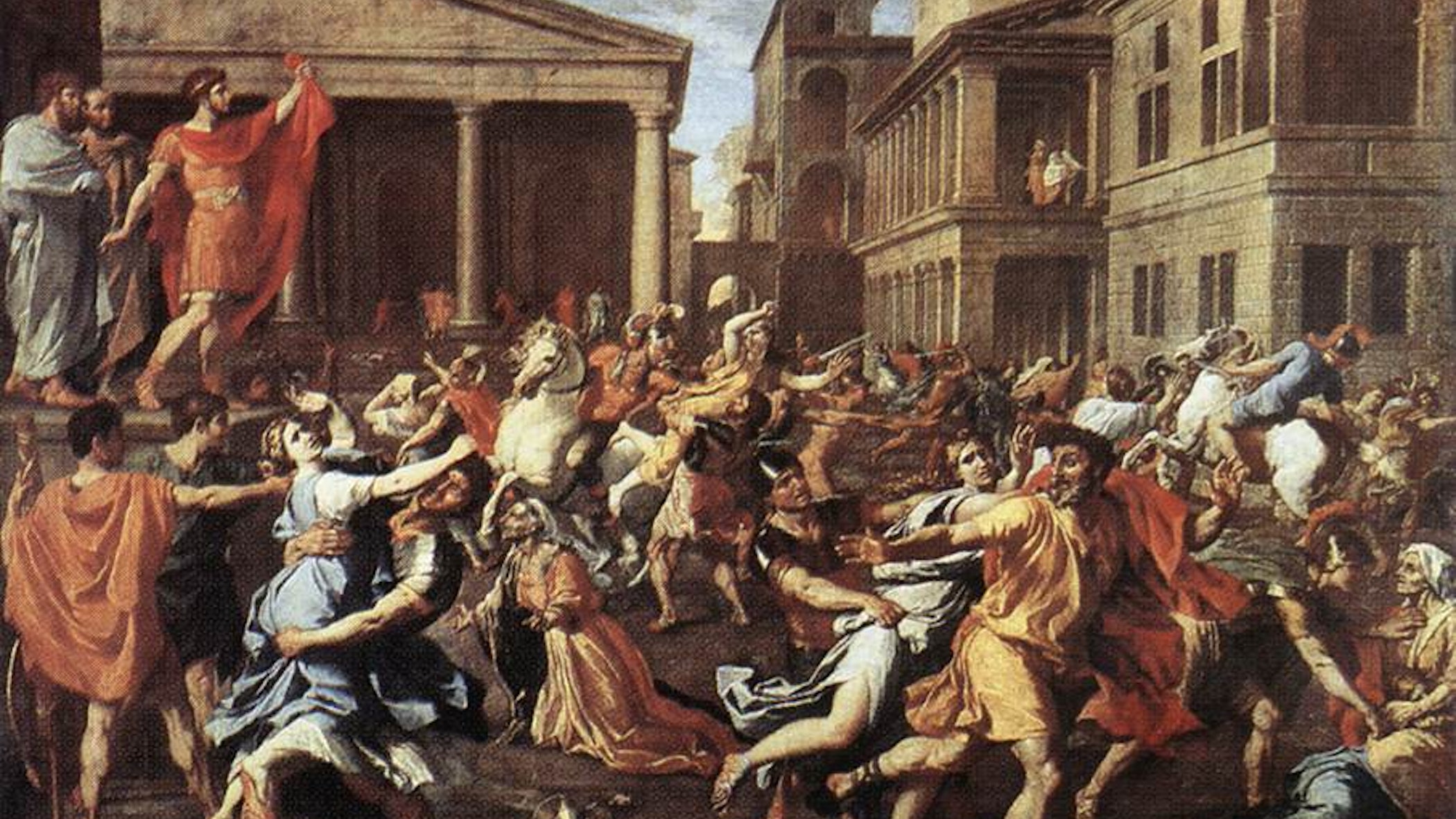 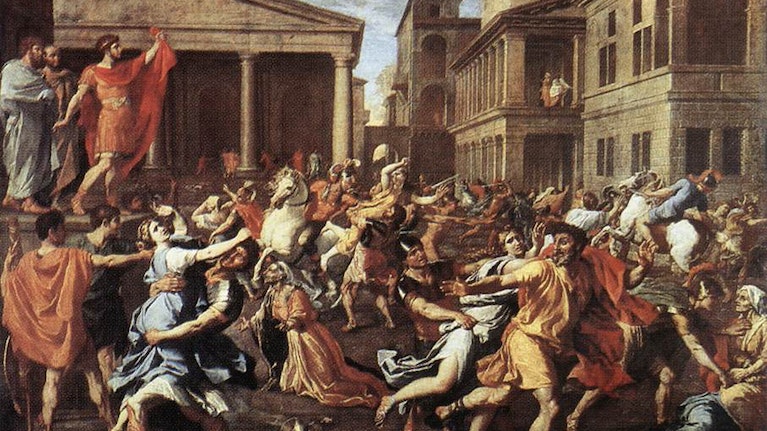 Nicolas Poussin's "The Rape of the Sabine Women" (Wikipedia)
Credits

Nils Gilman is the deputy editor of Noema Magazine. He is also the vice president of programs at the Berggruen Institute. He has previously worked as associate chancellor at the University of California, Berkeley and as research director and scenario planning consultant at the Monitor Group and Global Business Network. Gilman has won the Sidney Award (for longform journalism) from The New York Times and an Albie Award (for international politics journalism) from The Washington Post.

As a quondam historian, I have spent much of the last decade looking on with a combination of bemusement and horror as my erstwhile academic discipline has entered a profound crisis. The number of college students majoring in history has fallen by a third over the last decade, and partly because of that the job market for academic historians has also collapsed, a process that the pandemic has only exacerbated. Even Google search trends seem to indicate an inexorable decline in interest in history. Among professional historians, much handwringing has followed, with pundits wondering whether we are entering a new era of historical illiteracy.

Paradoxically, even as the academic discipline of history is in crisis, public interest in and concern about historical memory is at a fever pitch. Consider how much agonizing there was in 2020 over efforts to remove (or retain) statues of Confederate leaders in the United States, as well as colonial leaders such as Cecil Rhodes. On a more positive note, the U.S. Congress just voted to commemorate Juneteenth as a national holiday to mark the final emancipation of the last remaining enslaved persons as the Confederacy collapsed in 1865 — though some commentators have worried that the GOP embrace of Juneteenth is a ruse designed to promote “a facile narrative in which people essentially tell themselves, ‘Slavery was bad. The good guys won the Civil War. And now racism is over.’”

What are such debates about, if not precisely a contest over historical memory?

Popular concern with historical memory is a characteristic mark of a polity undergoing a transition from one era to another. As the Chinese-born Anglo-Irish political scientist Benedict Anderson observed in his classic “Imagined Communities,” every political system defines and legitimates itself in part in reference to specific episodes from the past — both by exalting heroic precedents for the current order and by repudiating and disavowing symbolically odious moments from the past. During moments of transition, actors and events from the past are reevaluated, with some former heroes finding themselves renounced and previously obscure chapters raised up as emblems of what the new order either believes in or rejects.

As we exit the era of neoliberalism that began around 1980 and enter an uncertain and as-yet-unnamed new order, it is no surprise to see febrile contestation over how to revalue various elements of the historical past. In Noema this week, Stanford historian Priya Satia discusses the legacy of Winston Churchill, the larger-than-life British prime minister who led the successful fight against the Axis powers during World War II, but who was also a virulent white supremacist and ardent imperialist.

Whereas his role as vanquisher of the Nazis is emphasized by those who wish to celebrate a muscular Western liberalism, his racism and imperialism seem more salient to those more inclined to focus on the darker impact and legacies of European domination. The defacing of the Churchill statue in central London during Black Lives Matters protests in June 2020 left his granddaughter Emma Soames lamenting that, “We’ve come to this place where history is viewed only entirely through the prism of the present” — as if the public use of history has ever worked any other way!

Likewise, in the U.S., our transition to a new era has been marked by a sharp public debate over the “true founding” of the country. The New York Times’s “1619 Project,” led by Pulitzer Prize-winning journalist Nikole Hannah-Jones (notably, not a professional historian), has sought to recast the defining moment of American history as not the Declaration of Independence in 1776 — which celebrated the right to “life, liberty and the pursuit of happiness” — but rather the much darker moment in 1619 when the first African slaves arrived in what would become the U.S.

The programmatic nature of this effort was underscored by The Times’s production of a 1619 “curriculum,” explicitly designed to replace existing historical textbooks with pedagogical material more in tune with the Movement for Black Lives. This has provoked a furious backlash, as reactionary state legislatures and school districts across the country pass laws banning the teaching of the project’s curriculum, understanding full well that a revision of historical memory of the sort it proposes will have strong ramifications for what sorts of politics are considered legitimate in the present.

Nor is the effort to control historical memory merely a matter of political debate within the Anglosphere. As Ian Johnson recounts in the current issue of The New York Review of Books, “For the Chinese Communist Party, history is legitimacy.” Controlling the past is a cornerstone of the C.C.P.’s approach to exercising and legitimating its rule: “In its telling, history brought it to power and, because it rules so well by doing things like eliminating poverty, history has decided to keep it there.”

To this end, the C.C.P. has repeatedly tried to bury or minimize historical memory of terrible episodes, ranging from the Tiananmen Square Massacre in June 1989 to the cataclysmic famine of 1959-61 that followed the Mao Zedong’s agricultural collectivization campaign. More curiously, it has also rehabilitated formerly excoriated figures, such as the Chinese Nationalist leader Chiang Kai-shek, who for years the C.C.P. presented as a merciless capitalist stooge, but more recently has been presented as a nationalist who defended the country against the depredations of foreigners like the Japanese.