BEIJING — Chinese sports officials found themselves on the defensive Wednesday, backpedaling in the wake of explosive allegations that the government was cracking down on the most popular hobby in China today: public line dancing.

The line dancing craze has swept the nation over the past decade, with informal groups of primarily female retirees gathering at dusk and dawn to dance on any spare piece of pavement. Chinese media has estimated that up to 100 million people take part in the activities — known as “square dances,” for the public squares and plazas where many gatherings take place.

The loosely associated groups often have a leader who hauls out a boombox blaring pop hits and folk classics. The women work through a handful of dance routines, with grizzled veterans usually taking up positions at the front and beginners tentatively following along in the back rows. 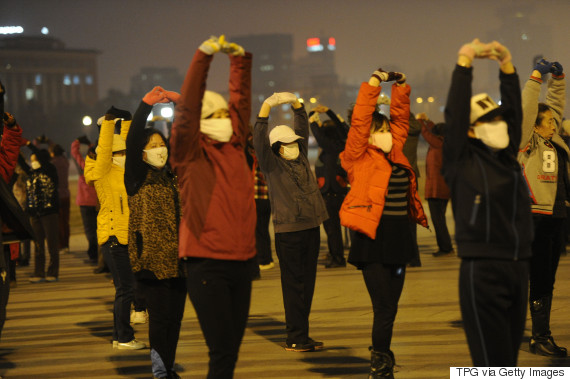 But these participants experienced a collective shudder on Tuesday, when Chinese media reported that the General Administration of Sport and the Ministry of Culture wanted to standardize the diverse dances, forcing all groups to adhere to twelve “scientific” and “healthy” routines designed by “experts.”

Earlier this week, Xinhua, China’s state-run news service, reported that “From this day forth there will no longer be different dance routines for each community, but instead unified national routines.” That announcement was backed up by the government’s online release of an official instructional video for the new standardized dance routine, set to the smash hit square dance anthem “Little Apple” by the Chopstick Brothers. The sports authorities also detailed on their website plans for official promotion of the standardized routines. Specially trained instructors, they said, will spend the coming five months fanning out across the country and teaching the new dances.

A promotional video for the standardized dance to “Little Apple” by the Chopstick Brothers.

“Despite the fact that square dancing expresses Chinese culture’s concepts of unity and cooperation, some people have become overly engrossed in it and there have been many disputes over noise pollution at the dance sites,” explained Liu Guoyong of the General Administration of Sport. “Because of this we need to put regulations in place to guide and standardize square dances.”

Liu’s remarks referred to a rash of sometimes violent confrontations that have taken place between neighbors over the blaring speakers set up by the dancers. Noise pollution from high-decibel speaker systems has provoked residents to adopt extreme tactics to scare the dance groups away: One Beijing man fired a shotgun in the air and set dogs after dancers; residents have thrown bags of poop out of apartment windows at the dancing women; and a group of neighbors pooled over $40,000 for a rival speaker system that would drown out the dancers and drive them away.

Yet despite those very real conflicts, none of the standard-issue dances unveiled this week directly touch on the noise pollution issue. Instead, the government has opted to regulate the elbow wiggles and shoulder shakes of the dancing women.

Top-down and bizarrely bureaucratic, the new regulations were mocked by certain Chinese media outlets and dedicated dancers, some of whom reacted venomously to the idea that the state would impose its choreography on dancers. Cartoons in Chinese media depicted the sports bureaucrats as puppeteers controlling elderly Chinese women.

In the central Chinese city of Xi’an, one dancer identified only as “Grandma Yan” vented to the local Huashang News.

“I’ve been square dancing for three years, but if we really have to dance those [standard routines] I’d rather just quit,” Grandma Yan told the paper. “Why the hell do we have to dance the twelve fitness routines they’re promoting? Square dancing is fundamentally an activity organized by the people. They have no right to interfere.”

A fellow dancer, Ms. Chen, also chafed at the artificial imposition of order on a loose and organic activity.

“The spirit of square dancing is in its easy-goingness,” Chen told the Huashang News. “What are they thinking trying to get everyone to do the same moves? That’s not even dancing. If it’s all mechanical moves set down by regulations it would look awful.”

As the outcry intensified, officials with the General Administration of Sport began to backpedal. Although the statement initially posted on the organization’s website had explicitly declared an end to personalized routines and the imposition of a national standard, on Wednesday officials clarified that the twelve model routines were only meant to provide scientifically sound alternatives to existing routines.

“We saw that some people on the Internet were worried that the new regulations meant all over China people would only be allowed to dance these twelve routines,” Liu told media. “Of course that’s impossible. It’s a misunderstanding.”

The clarification confirms a suspicion that many held all along: With up to 100 million people dancing ever-changing routines in squares across the country, state bureaucrats had little chance of imposing order on the activity.

That should bring some relief to the tens of millions of women who rely on their local dance routines for exercise and socializing. Varied in intensity and complexity, the dance routines get the body moving and the heart pumping. (China’s elderly population has a strong tradition of performing freakishly athletic feats in public, although the line dances fall on the less strenuous end of the spectrum.)

Just as important as the exercise, the daily meetups provide retirees with a chance to socialize and to gossip about their children’s jobs and love lives. Chinese families tend to eschew nursing homes, instead often inviting elderly parents and grandparents to come live with the younger generations in the city. With China’s mega-cities lacking the intimacy and familiarity of the villages many elderly citizens grew up in, line dancing can be a perfect icebreaker and social activity.

With specially trained instructors now at work to popularize the new routines, regulators have also hinted at coming regulations on noise. Fans of the popular pastime can only hope that standardization of routines and limits on volume don’t hold back this kid and his unique approach to dancing to “Little Apple.”